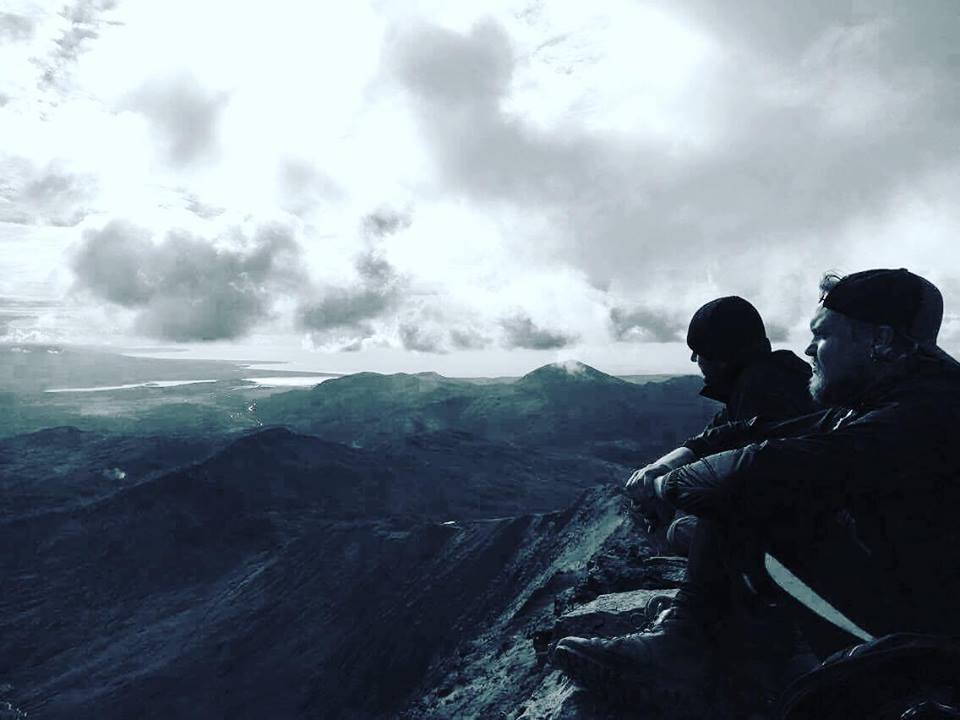 This Man Walked 3000 Miles to Conquer his Depression

Originally written for The Tab

Jake Tyler has just completed the first leg of a 3000 mile walk around all of Great Britain to raise awareness of mental health problems. He’s spending time travelling round and couch surfing for a mission he calls ‘Black Dog Walks’ in aid of mental health.

He’s spent time in Bristol, turning up at our door with a backpack the size of a small person and stories you could listen to for days, our humble couch turned into the comfiest bed he’d stayed in for a while (camping is hard). 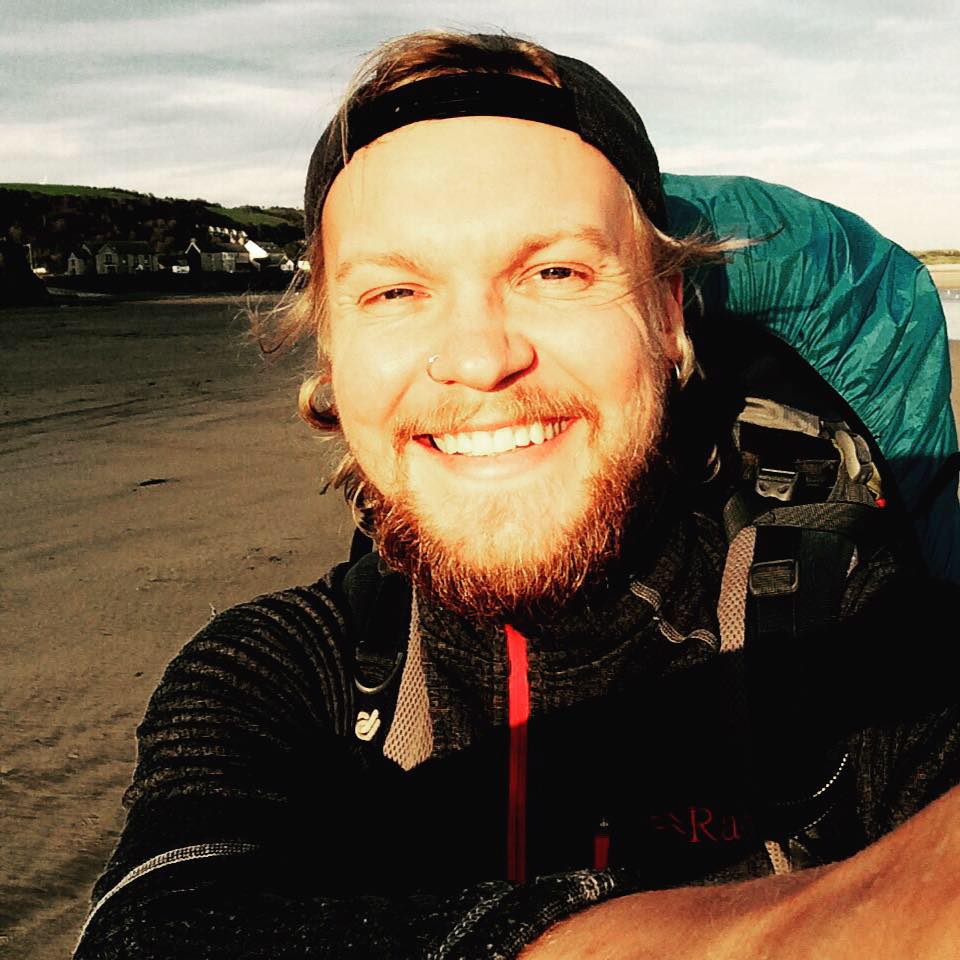 We interviewed Jake to learn more about his mission and to give his cause some well deserved attention.

How far have you walked so far?

“Last time I sat down and worked it out it was around 1200 miles. Basically, I want to cover all the national parks in Britain so it’s a bit all over the place in terms of routes! So far it’s been Brighton to Southampton and then the New Forest, down to Bournemouth, then Poole was the start of the south West Coast down to lands end. Then up to Somerset, did all that then Devon and then started the West Somerset trail. Then I went into Wales up to Snowdonia, still got all the North to go!”

How close are you to finishing?

“Well I’m just under half way done. It s really weird I can’t look at a map and see how far I’ve come. People keep saying, ‘oh wow you’ve walked so far’ but I cant think that yet because there’s so much left to do. It’s good really because that’s what’s keeping me inspired to keep going.”

So what actually inspired you to do it?

“Well I’ve lived with anxiety and depression most of my adult life but I had a burnout or a meltdown, whatever you want to call it when I was running a bar in Shoreditch. Lighting the candle at both ends in terms of lifestyle, mismanaging stress, and self-medicating badly with not proper stuff. It got to a point where I was scared for my own life, I didn’t know what I was going to do with myself.

“Luckily I’ve got a really great mum who works in mental health andI called her up . There is a stigma with lots of people, but especially with guys, so I didn’t tell anyone and I shut myself away.

“Eventually when I did tell someone it was my mum. She said you have to go and see someone. It was such a relief to talk about it, but the doctor wanted to put me on anti-depressants and I didn’t feel like that was the right way for me.

“So I started going for walks with the dog and stuff, and the walks just got longer and longer. I felt like I was walking it off, weird as that sounds. I’ve always wanted to set myself a really big physical challenge, so this just felt right. I’ve always admired people who did this sort of thing and wished I could, but then I realised the only difference between them and me was that they’ve done it. I’m going to be one of those people, I wanted to inspire people.” 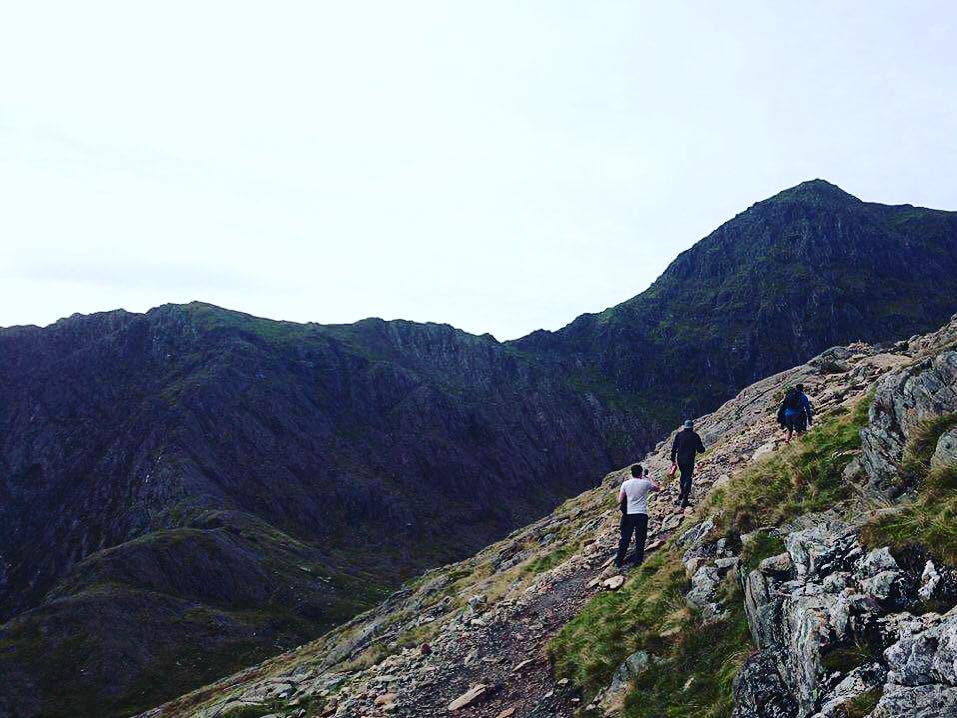 What was the thought process behind Black Dog Walks?

“It’s a reference to Winston’s Churchill’s definition of depression the ‘black dog following you around’ and dogs go for walks so I guess the name was easy. The whole point of it is to raise money for the Mental Health Foundation who do really really important work, but the other side is to act like a campaign to get people to explore the different kinds of treatment that are available to people.

“It’s hard when you’re in the depths of depression to have the energy to do anything, but walking is something anyone can do. It’s not a cure, but it helped me to manage it and made living with it easier.”

What’s been the best experience so far?

“People always expect me to say things like the amazing scenery; I saw all of the south of England in the height of summer and it was amazing, it doesn’t even look real it looks like Planet Earth!

“But, it’s the people who have made it really special. The unpredictability of where I’m going to end up. I initially wanted someone to come with me, but it’s actually quite hard to find someone who’s willing to quit their jobs and walk the around Great Britain!

“I’m glad I ended up flying solo because if I had been with someone I wouldn’t have met the people that I’ve met. I’m getting so much better at just talking to people and it helped so much with my anxiety. There was a time when the idea of talking to people I didn’t know was just, I couldn’t do it. Now you can’t shut me up! The little victories are so important as well. Getting messages from people saying that my vlogs and stuff have helped get them out of bed, it’s just amazing.” 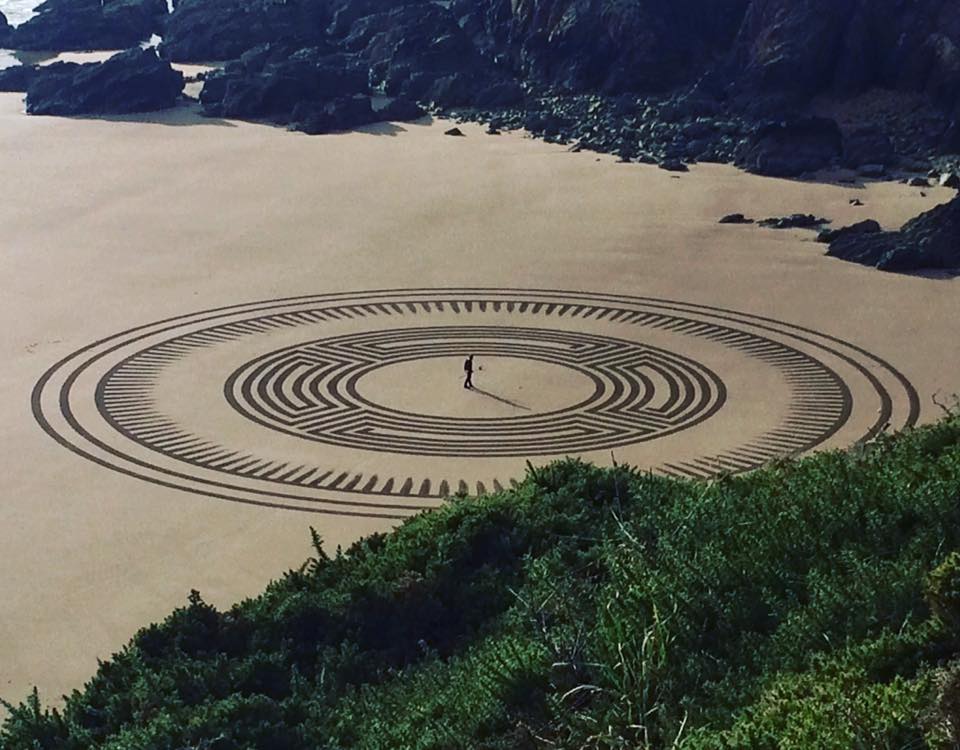 Is there a message you want to give to students who are going through depression and anxiety?

“University is a bit of a unique one, because it’s a time of firsts, you know the first time you’ve been in debt, the first time you’re living independently. The one thing I’d say is don’t burn the candle at both ends, don’t do what I did! When I was stressed I was mismanaging it, constantly worried I was getting behind and I thought the only way to de-stress was to get everything done and then I can relax – it was so counter-productive.

“Doing things out of fear or pressure or stress means you’re not enjoying it. The best thing to do sometimes, even if the workload is big, is to take a step back. You don’t have to go for a walk, but go for a swim or go to the cinema or something. Drop it all and just do something for yourself.

“Consciously taking yourself out of a stressful environment just makes you feel more in control.”